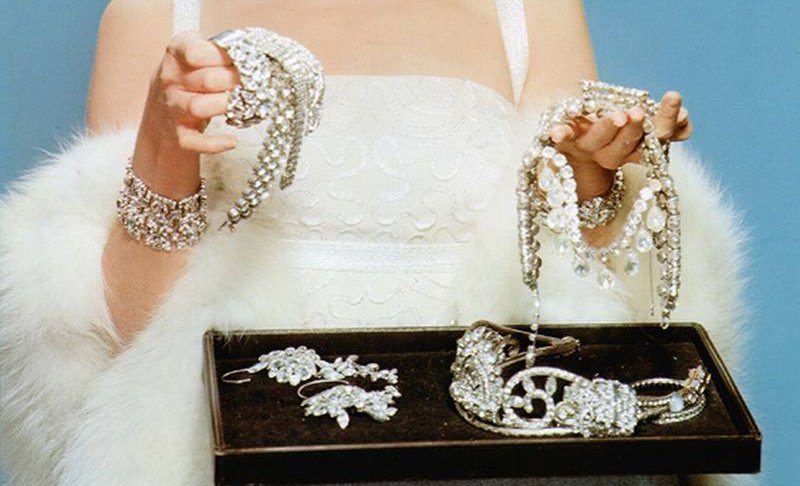 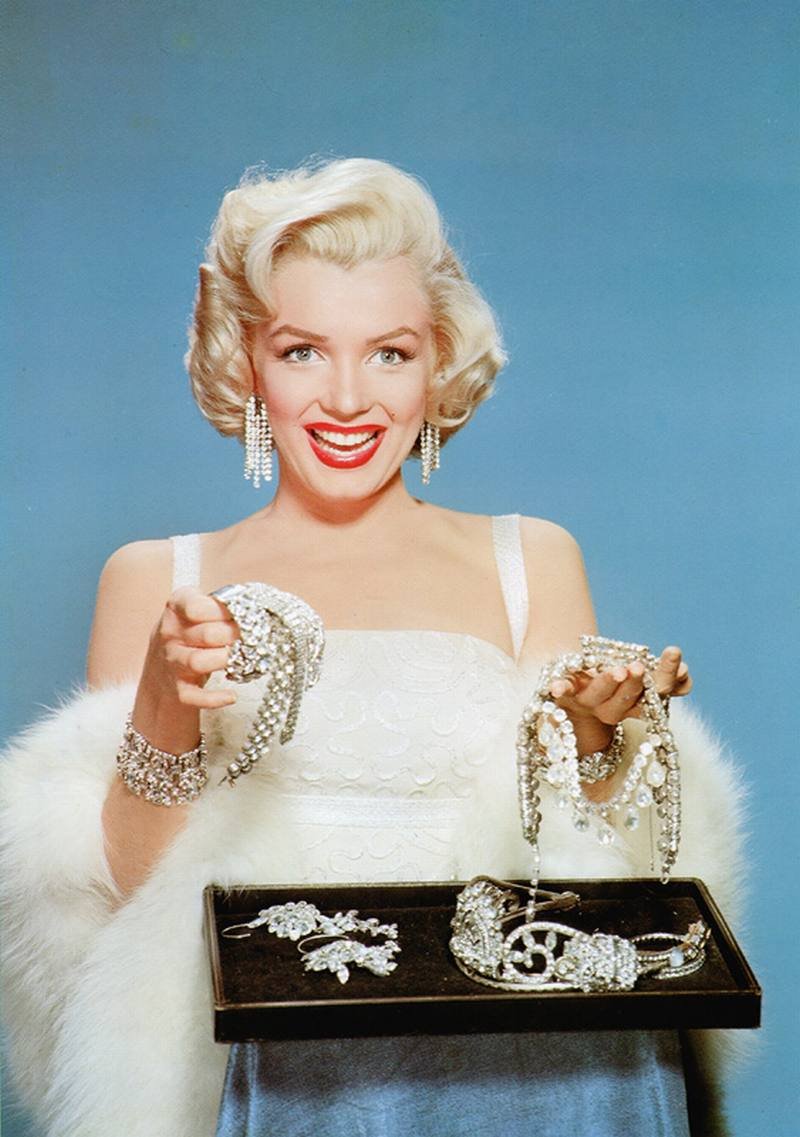 Luscious costumes and breathtaking jewelry pieces go hand in hand while adding extra essence and enhancing the elements of a movie which greatly influence trends in reality. Here are some famous iconic jewelry pieces which have been proven to be classic

throughout the years. From Breakfast at Tiffany’s to The Great Gatsby, jewels have been an integral part of the silver screen while shaping some of the paramount moments in movie history. 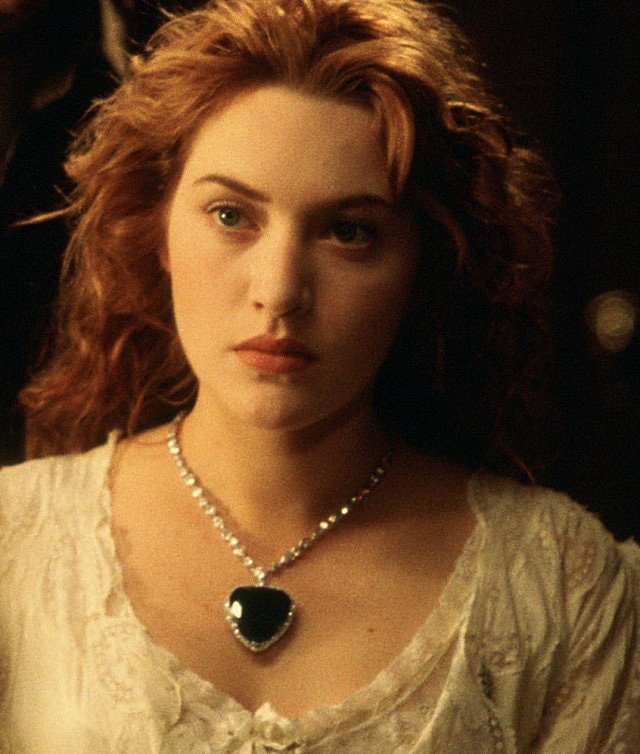 1. Heart of the Ocean Pendant- Titanic

This sapphire pendant is gifted to Rose by her fiancé, which belonged to King Louis XVI who in return shaped it into a heart after French Revolution.

The heart of the Ocean was an overwhelming necklace, it disappeared on the Titanic, and this necklace was inspired by the Hope Diamond.

Due to Titanic’s blockbuster status, its worth went up to $250 million. 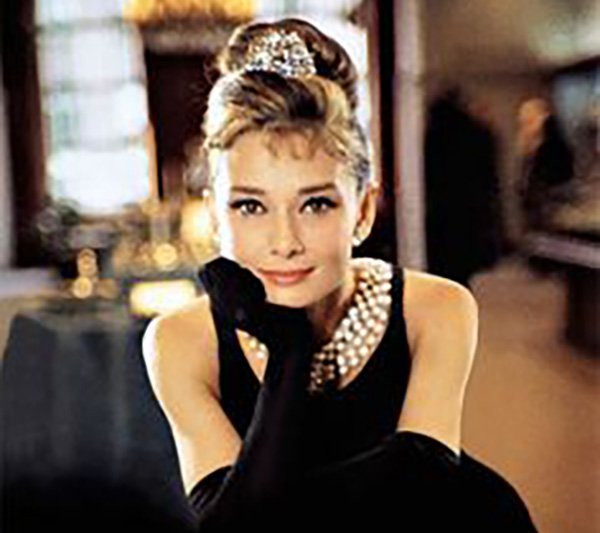 This pearl and diamond necklace Audrey Hepburn wore planted her status alongside Marilyn Monroe, Audrey plays a romantic-comedy role in Breakfast’s at Tiffany’s.

This very iconic necklace had layers and layers of pearls, stacked with flashy diamonds.

It’s considered as a piece of art even in present times; Audrey rocked her black dress with her statement jeweler pieces. 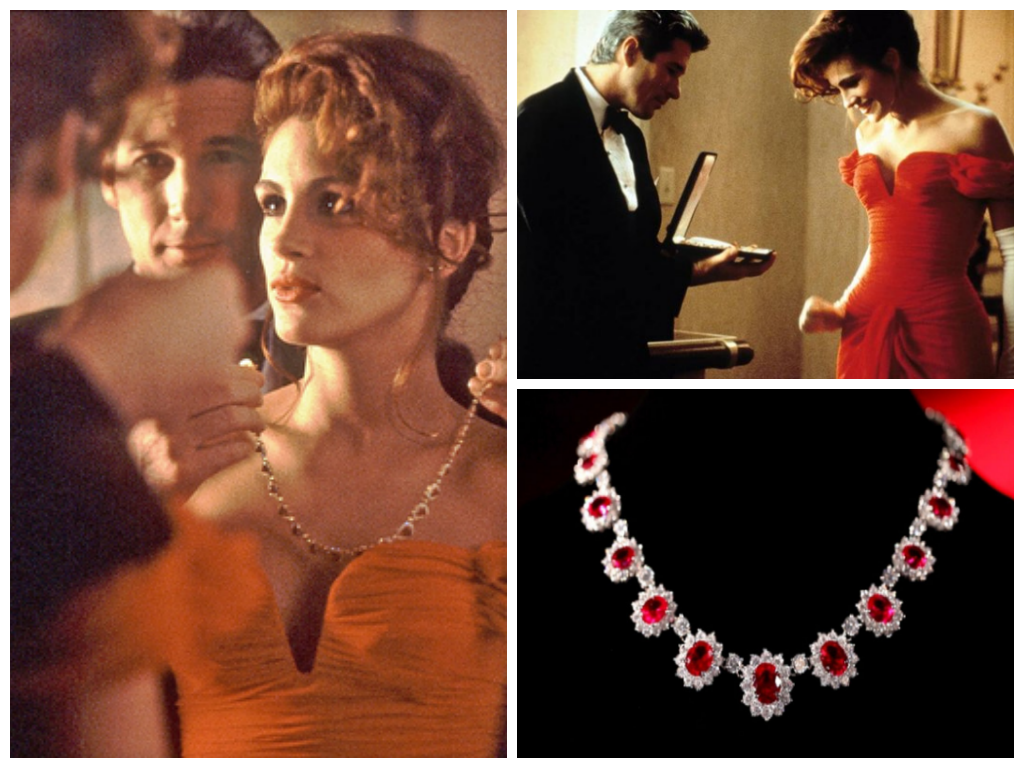 This symbolical ruby and diamond necklace was specially designed for the film by Fred Joalillier.

The necklace was so expensive that an armed security guard stood by Director Gary Marshall throughout the filming scenes where it was worn. Julia Roberts became a fashion icon instantly after wearing 23 sparkling pear-cut rubies in the middle of diamond hearts. 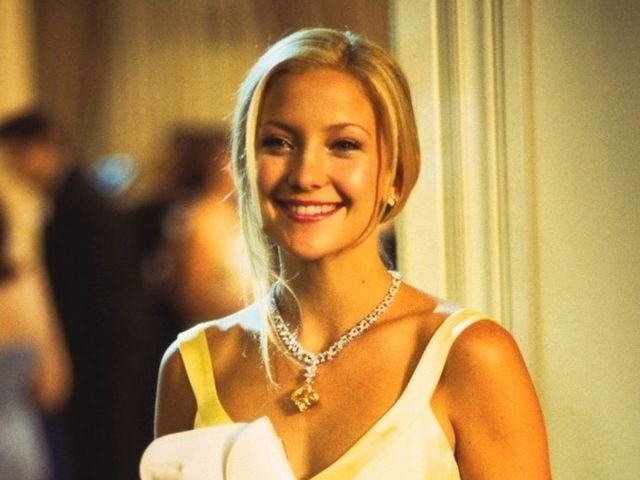 4. Hary Winston designed pendant- How to lose a guy in ten days

This pendant designed by Hary Winston was an 84-karat Isadora necklace, which is stand-out jewelry piece.

The comedy movie featuring Kate Hudson had one of the most expensive pieces of jewelry from movies- this very necklace was estimated to be $5 million- it was considered to be such a classic that a perfectly coordinated dress was needed to be created to match this necklace. 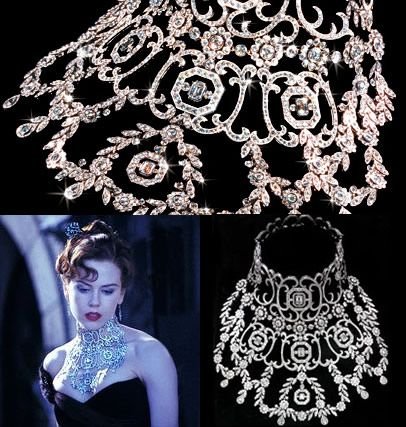 Mounted with 1,308 diamonds, Nicole Kidman looked flawless and absolutely enchanting in the Baz Luhrmann film. The necklace has said to weigh a total 134 karats; it resides in in Antwerp in a private collection. A crystal replica was created for the very scene where Satine had to tear off her neck and throw the necklace on the floor. The designer (Stefano Canturi) was originally inspired by the opulence of 18th century France.

All these models and actresses managed to catch our attention with their exquisite and sparkling jewelry onscreen. With their aesthetic appeal, these jaw-dropping ornaments won hearts of millions of audience. Movies are a lot more than outstanding storylines and cinematography and these minor details can go a long way.